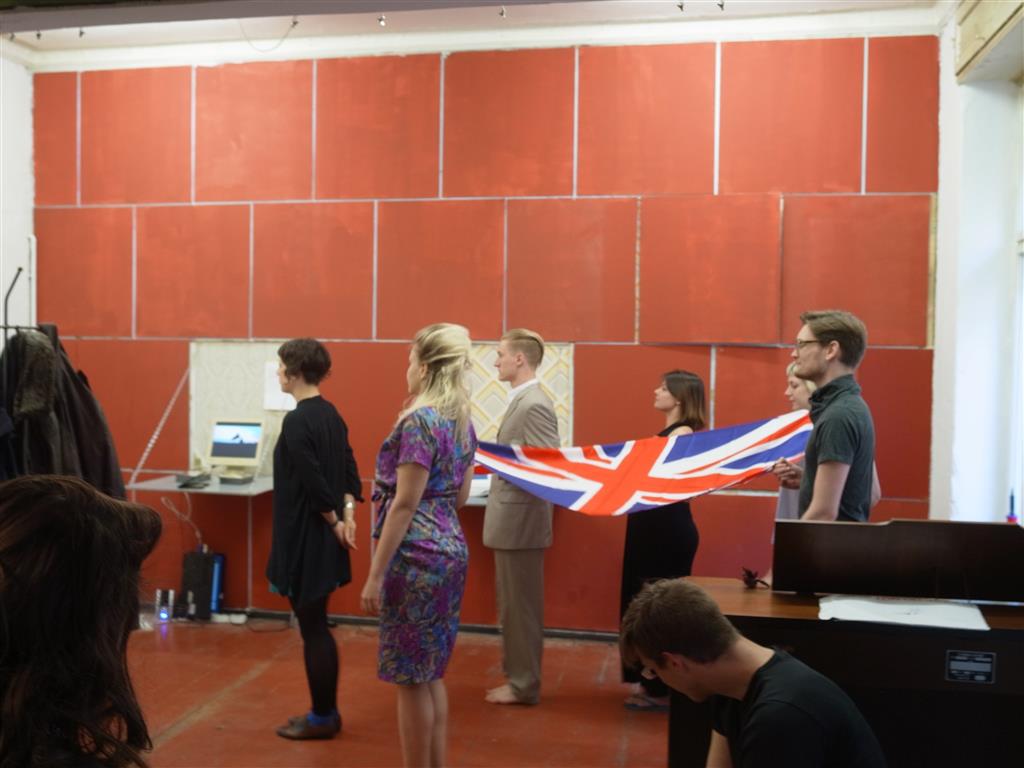 ASCENDING PERFORMANCE (2013) A smartphone app available from MiKandi, an online store for adult content for Android phones. The app was advertised simultaneously in Artforum International and on pornhub.com

TERROR (2014) An action film was bought at a Saturn electronics shop. The packaging and the price label were copied 15 times. A new DVD with a video message was inserted into the copied cases. So far, six of these films have been laid out on the shelves of several Saturn branches.

Diana & Gareth Damian Martin– SHARD AND CHAMPAGNE (2014) Diana reviews political speeches on immigration from British politicians under the Conservative-Liberal Democat and New Labour governments. Strategies deployeed within British theatre and performance criticism are applied to evaluating the speeches. The stars on the European Union Flag serve as the rating system. Gareth responds with apolitical cartoons.

Jess Barter– TAPE (2014) “Adhesive tape was invented in 1925 as a painters masking tape. ” How It’s Made, Discovery Channel.

Madaleine Trigg– ‘Flagging it up’ and ‘Casting it away’

Zac Pointon– Mother Hen (2014) A performance taking place in an inaccessible room; the only proof of any happening comes from documentation created in real time by the performer, given to the audience through a door